How you doin? – Great. I just re-watched FRIENDS for the 100th time and it never gets old. It has been 23 years and seven months since FRIENDS aired the very first time. To this day the show airs on TV sets all over the world. Every character has made a little space in our hearts and is there to stay. But today, let’s talk specifically about the Italian over-grown man-child who loves meatball subs and sex. With all the sex talk and women, you don’t dislike Joey aka Matt LeBlanc, you continue loving him as his character evolves.

LeBlanc moved to New York when he was 17 to pursue a career in modeling. After a few commercials and guest starring in shows, he finally bagged the role of Joey Tribbani in FRIENDS. He had only $11 when he started the show. It was a roller coaster ride for Matt LeBlanc and for 12 years the roller coaster only went up until the shows ‘FRIENDS’ and eventually ‘Joey’ got canceled after 10 and two seasons respectively. For his performance, LeBlanc received three Primetime Emmy Award nominations, three Golden Globe award nominations, and a Screen Actors Guild Award. 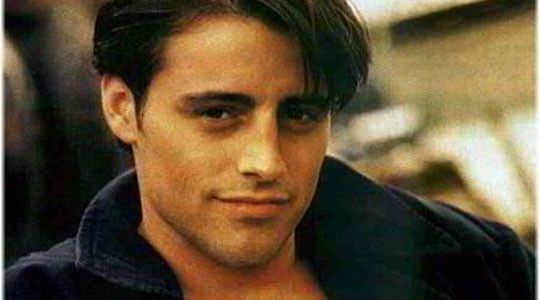 After Joey got off-screen, Matt LeBlanc decided to take a sabbatical for a year which turned into five. His comeback show was episodes in which he plays a fictionalized version of himself. A British husband and wife travel to Hollywood to remake their hit British show and their lead is played by LeBlanc. The show carried on for five years and nine months.

LeBlanc is currently playing Adam Burns in Man with a plan. From a man obsessed with food and sex to a rich self-absorbed actor to a doting father and husband; the genre of his shows have not changed but the roles have. It is hard to imagine a world without the Italian saying, ‘How you doin?’ to every hot chic that crosses his path. He has given us over 15 years of laughter and fun which is a legacy to be cherished by future generations.

Man with a Plan is among my current favorites. Besides Matt LeBlanc playing the lead of the show, the plot of every episode sets a trigger of never-ending laughter. Adam Burns has two girls and a boy belonging to different age groups, whom he is learning to parent while his wife is not around. The job is not as easy as he thought and he needs his wife to step in once in a while. He has help from his brother and parents who add a supporting angle of comedy to the show. The show airs the latest episodes on Comedy Central. A must watch to enjoy the joys of parenting, bubble wrapped into a comedy of bursting one bubble at a time during 30 minutes.